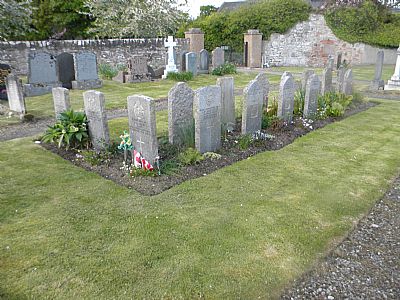 There are 18 Commonwealth War Graves in Kiltearn Cemetery.

15 are grouped together near the gate; the 3 others are spread about.